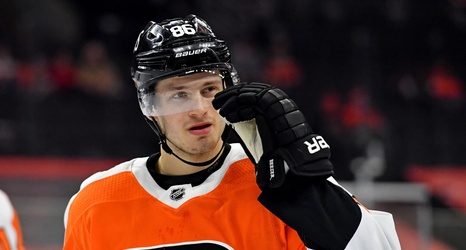 Announced by the team on Thursday, they have signed one of their most premium young players in Joel Farabee to a six-year, $30-million ($5-million AAV) extension. The 21-year-old still has one year remaining on his rookie contract, making this deal keep him in Philadelphia through the 2027-28 season.

Since being selected by the Flyers at 14th overall in the 2018 NHL Draft, Farabee has surprised all by how quickly he was able to adapt at the top level and has quickly become one of the top offensive threats on this team.