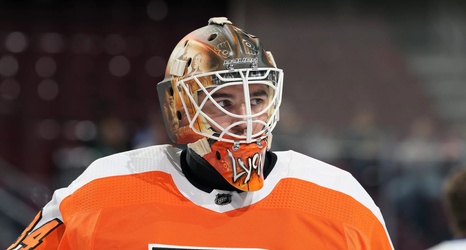 The Philadelphia Flyers are bringing back Alex Lyon. The team announced Friday that the 27-year-old has agreed to a one-year contract extension with a value of $700,000 for the 2020-21 season. He was set to become an unrestricted free agent next month.

After putting together three impressive campaigns as Yale University’s backstop, Lyon signed with the Flyers as an undrafted free agent in 2016. Since joining the organization, Lyon has spent the majority of his time playing for the Lehigh Valley Phantoms in the American Hockey League, though he has been counted on to appear in NHL games on occasion.