Flyers Rumor Roundup: Is a deadline trade going to happen? 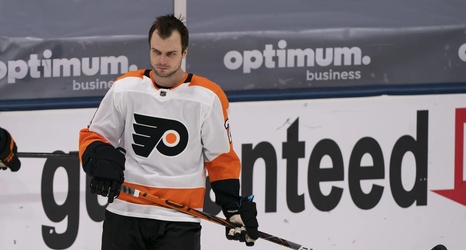 The time has come and we are just a couple hours away from the NHL’s 3pm trade deadline. While the Philadelphia Flyers aren’t interested in buying for a playoff run, they remain stuck in neutral and uncertain of selling off the expendable pieces of this team.

Let’s check out what we’ve heard so far today.

The major pending free agent the Flyers have on their roster and a dude that contending teams would certainly want, Scott Laughton has been getting some interest around the league.

The major question is whether or not he is willing to sign a nice bow-wrapped extension for Philadelphia, or, if he doesn’t re-sign, GM Chuck Fletcher to take advantage of his playoff-ready play style and sell high for future assets.