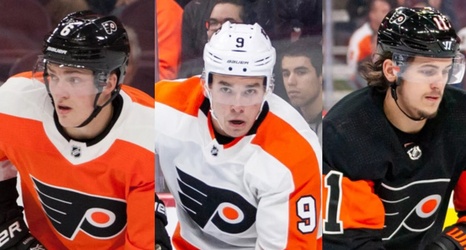 It’s not often that a player will be tossed on the earliest flight possible to join the team in the middle of a road trip, but if there was ever a moment to, it would be this morning for the Philadelphia Flyers.

In the wake of Kevin Hayes’ re-injury, that will leave him out week-to-week, the Flyers were hoping and praying that their current forward group would stay healthy enough to stay together. Unfortunately, their pseudo-interim-top-six center Derick Brassard left Tuesday’s game against the Tampa Bay Lightning with an unconfirmed injury. And with the Florida Panthers awaiting the Flyers less than 24 hours later, Philadelphia needs to dip into the prospect pool and yank out a promising center.