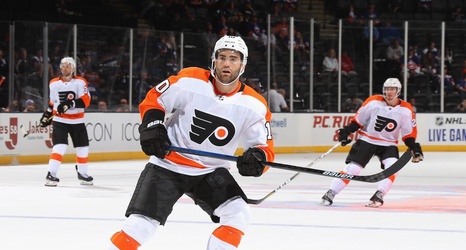 Even though the team is currently riding a four-game point streak, it seems General manager Chuck Fletcher and Head Coach Alain Vigneault still aren’t happy with the production out of their fourth-line. In yet another move to try and spark the bottom combination, the Philadelphia Flyers announced they’ve recalled forward Andy Andreoff from the Lehigh Valley Phantoms while simultaneously sending Mikhail Vorobyev back down. Andreoff was signed to a two-year contract along with several other players to open Free Agency this past offseason.