Flyers prospects to watch at the World Juniors 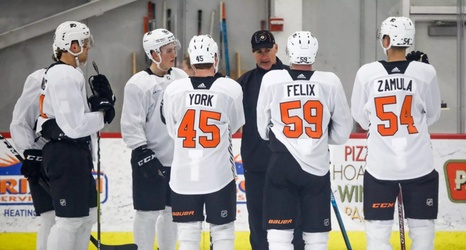 It’s happening folks! We’re just a few weeks out from the start of the World Juniors on the 26th, and with USA Hockey announcing their preliminary roster yesterday, we’ve finally got an idea of which Flyers prospects (and any of your favorite non-Flyers prospects) may be representing their counties in the tournament.

The Flyers, while not as strongly represented as they have been in the past couple of years, do still have a few prospects who were named to the preliminary rosters. We’ve got:

I know I’ve made note twice already that these are just the preliminary rosters, so each of these players will still have to survive the selection camp cuts in order to make their respective teams.