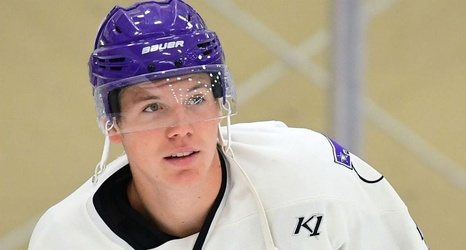 A little less than two weeks ago, Flyers general manager Chuck Fletcher took to the podium inside of Rogers Arena in Vancouver to announce the 72nd-overall pick of the 2019 NHL Entry Draft. At that point, the Flyers had already drafted both a defenseman and a forward. In the first round, they went with defenseman Cam York with the 14th-overall pick. In the second round, they decided to go with a young forward in Bobby Brink with the 34th-overall pick. Obviously, the later the draft gets, the more of a toss-up it becomes. So would Chuck Fletcher take a forward in back to back rounds?