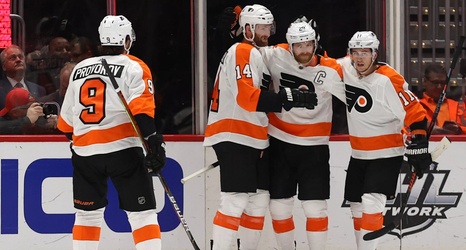 Alain Vigneault knew that something on the power play needed to change. After going 0-for-4 on the man advantage while allowing a shorthanded goal (and several shorthanded chances), Vigneault summed it up in one quote.

The Flyers’ power play was in the midst of an abysmal stretch. They were 1-for-11 in their last three games, with three shorthanded goals of their own during that time. Going back just over a month, they were 6-for-39 (15.