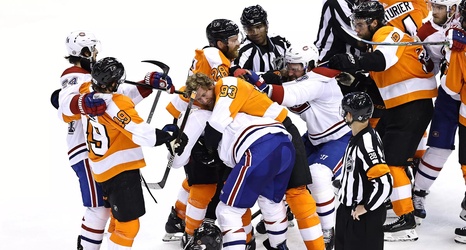 Now for something completely different, the Flyers and Canadiens got together and played a pretty normal hockey game on Wednesday evening in Toronto.

Though this shift made for an infinitely more conventionally entertaining game than the anti-hockey that was played for three of the first four games in this series, it was ultimately not a good thing for the Flyers, who had thrived in the strange, stagnant stasis of previous games in the series, in which they had amassed a 3-1 lead despite only scoring five goals.