Flyers Look For Another Spark In Calling Up Morgan Frost 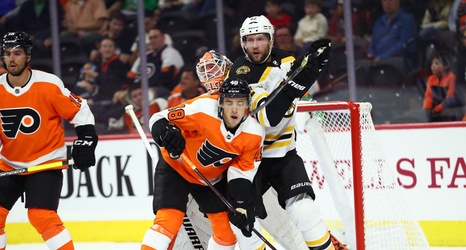 Get ready, Philadelphia Flyers fans, because things are about to get real Frosty at the Wells Fargo Center. The team announced Monday morning that they’ve called up centerman Morgan Frost from the Lehigh Valley Phantoms, giving yet another prospect a look at the NHL level. They’ve also sent winger Carsen Twarynski, who posted just one goal in 14 games, back to the AHL in a simultaneous move.

It seems General Manager Chuck Fletcher and Head Coach Alain Vigneault are hoping Frost’s arrival will give the roster a jolt energy and help stabilize their offensive production, as the Flyers are currently riding a three-game losing streak heading into their matchup against the Florida Panthers on Tuesday.