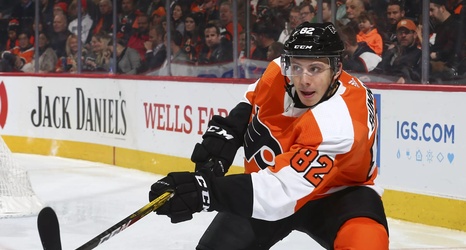 As many suspected that they would, today the Flyers announced that they have loaned forwards Connor Bunnaman and German Rubtsov to the Lehigh Valley Phantoms of the AHL.

Bunnaman returns after having served as the team’s fourth line center over the past week. He played in his ninth NHL game last night — the fifth of his most recent recall — and has a goal and an assist with the big club.

Rubtsov, who was recalled two mornings ago, played in last night’s game against the Penguins, and wasn’t exactly noticeable.