Flyers get back on track, win a wild game vs. Senators 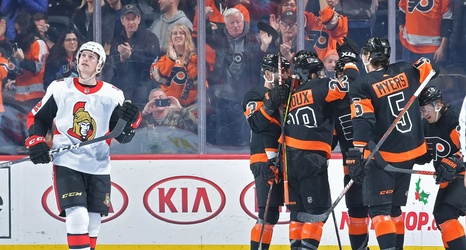 Provorov was stellar yet again for the Flyers, continuing his strong season. He broke up a prime 2-on-1 chance for the Senators as the highlight of a great defensive game, and scored a sweet transition goal to highlight his offensive performance. He could have had two goals honestly as he almost went coast-to-coast again for another tally.

Laughton was great in this game, getting into it physically after the Senators took Travis Konecny out of the game, looking to fight whoever he could. He followed that up with the game-winning goal and chirped the ever living hell out of the Senators bench which, man, that was awesome.