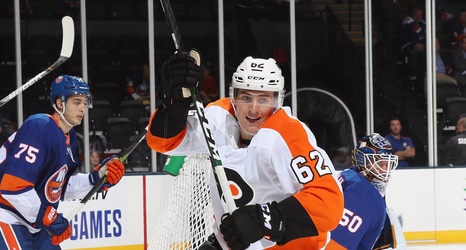 Yesterday we got the latest round of roster cuts, and a shocker among them was Nicolas Aube-Kubel. NAK had performed well so far this preseason, and many expected well enough to earn himself a roster spot. That didn’t happen, but he has cleared waivers according to Charlie O’Connor of The Athletic.

We were also informed yesterday that there would be a good bit of roster activity in the opening portion of the season — so while Aube-Kubel finds himself in the AHL right now — I wouldn’t be too surprised to see him with the Flyers before November.