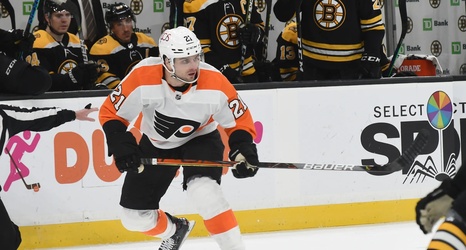 Well, there’s the news that’s been looming all day. Scott Laughton will return to the Flyers next year after receiving a contract extension for 5 years at $3 million AAV. The 26-year-old forward has posted 123 points in 359 regular season games with Philly, as well as 10 points in 24 postseason games. Laughton has been a good soldier for the Orange & Black ever since his selection at 20th overall in the 2012 NHL Entry Draft, so it’s good to see him rewarded for his service. That said, it’s interesting that the team felt he wasn’t able to be replaced by any of the younger players en route to an NHL role in the near future.