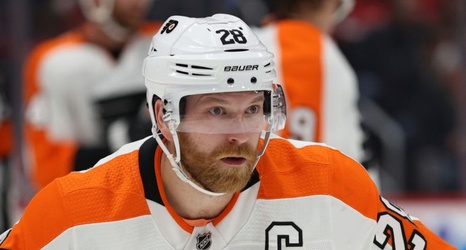 WASHINGTON, DC - FEBRUARY 08: Claude Giroux #28 of the Philadelphia Flyers looks on against the Washington Capitals during the second period at Capital One Arena on February 08, 2020 in Washington, DC. (Photo by Patrick Smith/Getty Images)

Claude Giroux took to Twitter on Monday night to show his support for teammate Ivan Provorov.

After Ivan Provorov was not included on NHL Network’s list that included top defenseman in the NHL currently, Claude Giroux, along with other Flyers fans, were seemingly shocked that Provorov was mentioned on the list.