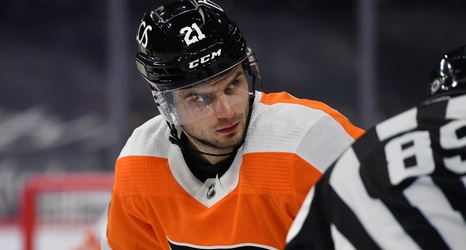 Earlier this past week, Tom dove into some comments made by Sportsnet’s Elliotte Friedman on the 31 Thoughts podcast, in which he and co-host Jeff Marek spent nearly 20 minutes talking about what’s been ailing your very own Philadelphia Flyers this season. One of the key topics of discussion was the fate of 2012 first-round pick and pending unrestricted free agent Scott Laughton, who might just have some potential suitors out in the trade market:

“I think they’ve tried to sign him. I think it’s possible, last year, when they were talking to Winnipeg about [Patrik] Laine, that Laughton was potentially around that.