Flyers 6, Canadiens 3: Legally, someone had to win 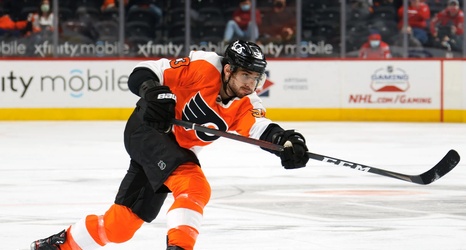 Tonight in Montreal we saw the best possible argument for a “sim to end of season” button for teams that are thoroughly out of it, as the two teams that entered the night 30th and 31st in the standings and both — this is true — carried six-game losing streaks into the night truly went through the motions for an entire game. It ended with a 6-3 Flyers victory.

The most interesting thing that happened, outside of James van Riemsdyk continuing his stretch of maddeningly strong offensive play to close out the season and some of the young guys (including NHL debut-haver Linus Högberg) having some nice moments, was the officials missing a laughably clear handpass that directly created Montreal’s first goal, then incorrectly telling Mike Yeo that he couldn’t challenge it.