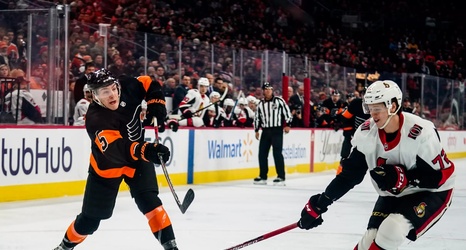 We were very, very close to having to come in here and talk about the Flyers falling for another trap game and losing to the Ottawa Senators, but a late-game push saw the Flyers grabbing some momentum and being able to pull ahead for the win, just as we came in expecting them to do. It might have been closer than we expected, but they got the win in the end. It was a weird one, with an injury early and quite a bit of chipiness throughout, but so it goes. Let’s talk about it.