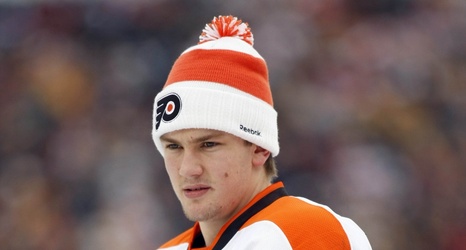 The first year that the NHL held the draft lottery happened to be the year that the Flyers were slated to pick first. The Chicago Blackhawks were in the fifth position. Then the lottery balls were mixed up and selected.

American talent was aplenty in the first round.