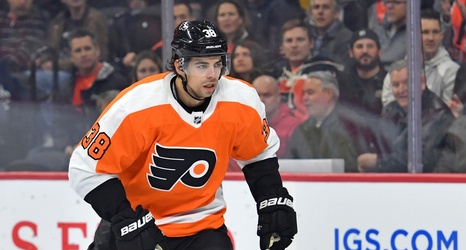 The NHL Trade deadline is always an interesting period. Fireworks and rumors headline the chaotic weeks leading up to that fateful clock-strike, but the Flyers opted to go with a more subtle approach. When the Flyers sent Phantoms’ fan-favorite Kyle Criscuolo to the Ducks along with a fourth-round pick in exchange for Derek Grant, there were some raised eyebrows. A 29-year old center who would likely be competing on the third-line felt like a solid addition, but did the Flyers make the right call?

We’re only a few short games into his tenure with the Flyers, but Grant is already showing the world exactly why the front office pursued his services.