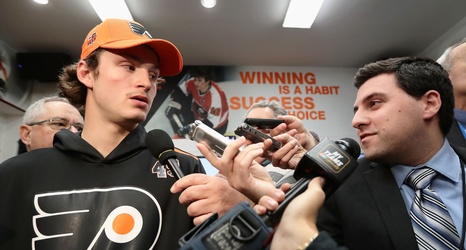 One of the complaints fans had with now-former Philadelphia Flyers GM Ron Hextall was that he kept some of the team’s prospects in the system too long during his near three-year tenure in the club’s front office. While that didn’t hold true with players such as Ivan Provorov and Travis Konecny, Hextall still opted to keep veterans like Dale Weise and Jori Lehtera up with Philadelphia rather than providing prospects who possessed higher upsides with the opportunity to perform in the NHL. Now, with Hexy long gone and Chuck Fletcher in charge, youthful talents have been gifted with every possibility to play with and stick with the Flyers.