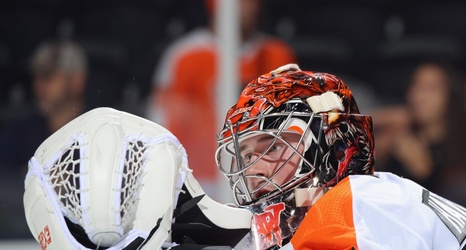 Hoping to snap a three-game losing skid, the Philadelphia Flyers skated in their final home game of the exhibition season as they took on a Metropolitan Division rival in the New York Rangers at the Wells Fargo Center. Both teams entered the game without a win on the preseason, and each were obviously hoping to turn their tides to get their first victories. Carter Hart received the start in-net and faced off against Igor Shesterkin for the Rangers. Hart saved all 14 shots he saw in his last start against the New York Islanders and did more of the same in the first.