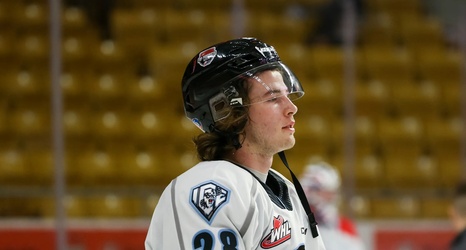 There’s always one. There’s always a prospect ready to take on the NHL Draft and is slotted to go in the top-half of the first round, but there is just a couple little things that makes scouts around the league and in those online circles that makes them tilt their head and go “ou, ah, hmmmm.”

If that wasn’t clear enough, Winnipeg Ice center Conor Geekie has all the talent in the world. He can move the puck around, has solid playmaking ability to compliment an above-average shot and capability to read plays in the offensive zone, but there are just some slight detriments to his game that makes it a little less impressive that he is an offensively gifted 6-foot-4 center.