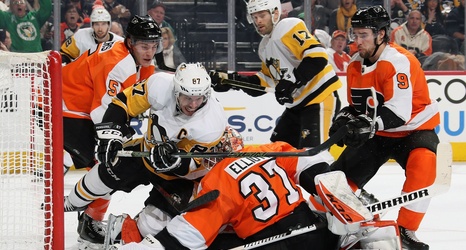 Hoping to head into their All-Star break on a positive note with a win over their in-state rival, the Philadelphia Flyers played host to the Pittsburgh Penguins. The Flyers were also aiming to avenge a 7-1 loss to the Pens in their first meeting earlier this year while splitting the season series at one apiece in the process. Brian Elliott got the nod from Head Coach Alain Vigneault and opposed Tristian Jarry on the other end of the rink.

The Flyers had the better jump early on, creating a bulk of the game’s opportunities because of it as they carried a 3-1 Scoring Chances For advantage over Pittsburgh through the initial seven minutes of the first.