Breaking down the goals from Game 6 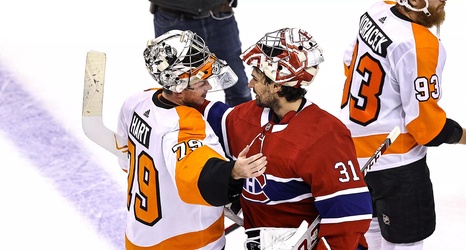 After six pretty stressful games the Philadelphia Flyers finally closed out the Montreal Canadiens in the opening round of the playoffs on Friday night. It’s never going to be pretty when you win a series despite being outscored 13-11 but the Orange and Black survived to live another day, which is all that matters at this time of year. Before Game 1 of the next series against the New York Islanders starts on Monday let’s take a look at how the Flyers put away the Canadiens.

The play starts with Kevin Hayes winning an offensive zone draw against Nick Suzuki back to Provorov at the left point.