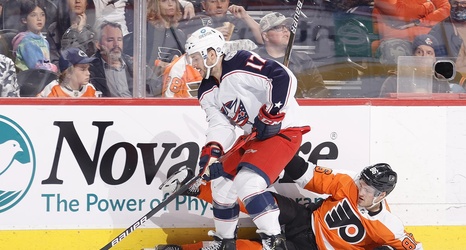 Despite playing one of their strongest games in what feels like months, the Philadelphia Flyers lost the first half of a home-and-home against the Columbus Blue Jackets.

The Blue Jackets jumped out to a two-goal lead, which the Flyers erased midway through the second period, taking a tie game into the final stanza. They would outshoot the Blue Jackets throughout most of the game before Carter Hart allowed a somewhat soft goal to secede the lead, which they would never get back.

The Flyers will travel to Columbus to play these same Blue Jackets on Thursday.