Are we too excited after two games? 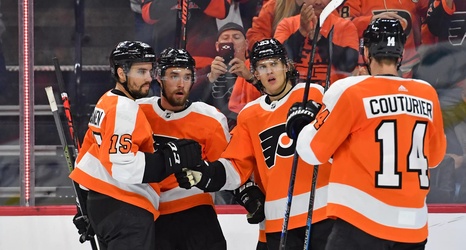 DO I SOUND “TOO EXCITED” TO YOU?

Listen, I get it. The Philadelphia Flyers have only played two games. But, they’ve won them both for the first time since 2011-12, which happens to be the last season in which they won a playoff series.

Sure, the Chicago Blackhawks (0-2-0, minus-2 goal differential), and New Jersey Devils (0-2-2, minus-11 goal differential) aren’t exactly what most people would call “good” teams. But it’s not about the opponents the Flyers have defeated, or even the fact that they’ve won both of their games, although that is contributing to the excitement level, obviously.