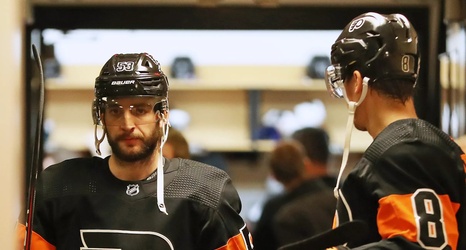 Monday was a big day for the Philadelphia Flyers defense. Well, as big of a day as it can be this early in the offseason.

Two of the Flyers’ most polarizing defensemen were in the news on Monday for two very different reasons. Robert Hagg signed a two-year contract extension, while Shayne Gostisbehere’s name has come up again in trade rumors.

Hagg’s two-year contract extension carries a cap hit of $1.6 million per year. It’s a slight pay raise in a team-friendly deal for the stay-at-home defenseman.