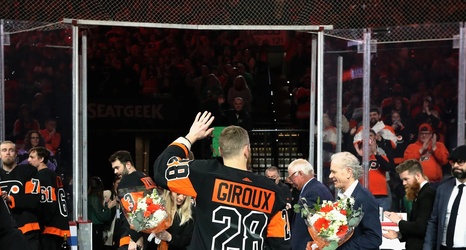 The time has come to take a look back at the former captain’s season. If I’m being honest, it’s hard to write a review of Claude Giroux’s 2021-22 season without turning it into a minor retrospective on his entire career. After all, an entire era of Flyers hockey came to an end this past March. After spending over a decade in Philadelphia, it makes seeing Giroux in jerseys that aren’t blinding traffic cone orange feel disorienting, and I’m sure I’m not alone in still feeling this way months after the trade.

I never expected to see Giroux play for a team other than Philadelphia.