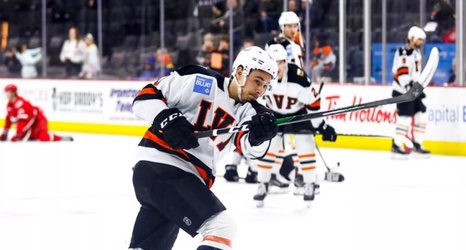 It feels like it’s been a long time coming, but we can finally say that German Rubtsov has his first AHL season under his belt. After a strong start to what should have been his rookie season (10 points in those first 14 games), was cut short by a shoulder injury in 2018-19, heading into this season, there were some high hopes for what Rubtsov would be able to do this season, and what we got was something of a mixed bag.

This season saw Rubtsov show moments of serious flash, some stretches were he looked positively like a force on the ice—so much so that his performance earned him a look with the Flyers, limited as it may have been.