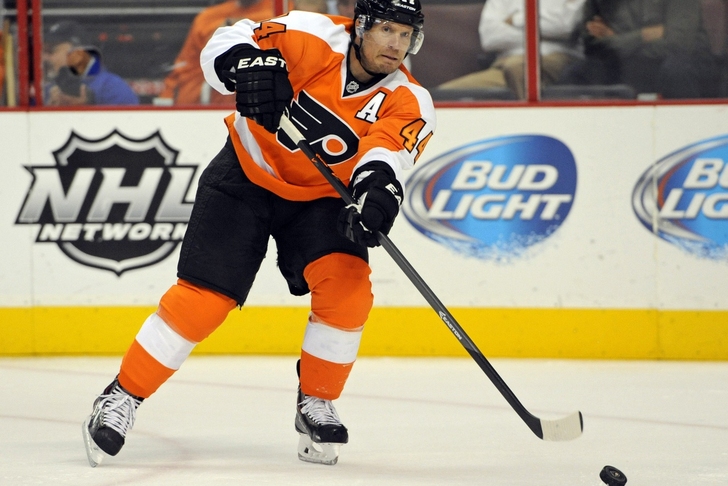 The Philadelphia Flyers may not be done dealing away players with the NHL trade deadline just two days away, even after shipping Kimmo Timonen to the Chicago Blackhawks on Friday night.

GM Ron Hextall has stayed true to his commitment to not sacrificing the team's long-term future for short-term gains, and despite his protests to the contrary, the Timonen trade signals that Hextall has his eyes on the future of the franchise with the team looking up at a handful of teams in the NHL Eastern Conference Wild Card race.

"I don’t look at this like we’ve taken away from our team," Hextall said on Friday after the trade, via SB Nation. "[Our current team] has done a great job in the last month, and we’ve got to keep moving here. We’ve got a lot of ground to catch and fighting the three teams right now, so we’ve got to get going. The focus shouldn’t be the fact that we’re looking at the future, because we’re four points out right now and we’ve got to win hockey games."

At the very least, Hextall will keep his ears open for potential add-on trades before Monday -- especially if shipping away a player like Timonen (who could have easily slotted in as the team's second-best defenseman) is any indication.