Why The Eagles Will Be Fine Without Sam Bradford 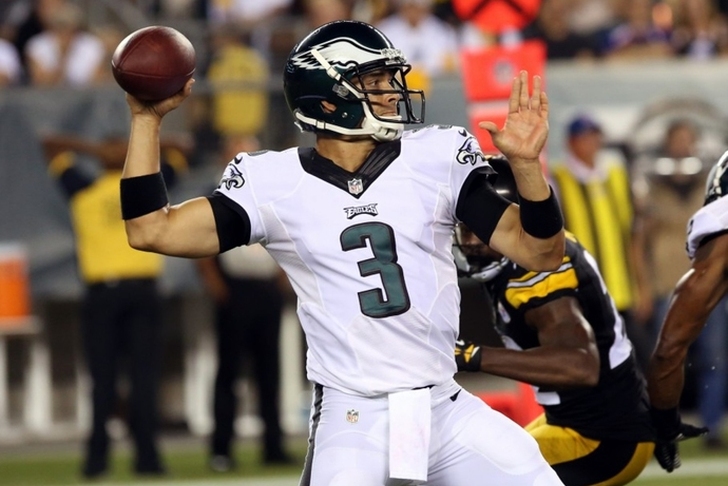 Towards the end of the third quarter during yesterday's 20-19 loss to Miami, Eagles quaterback Sam Bradford suffered a concussion and a grade two AC joint sprain on his left shoulder. This knocked out Bradford for the rest of the game and most likely the next two games as well. Mark Sanchez took over under center and threw for 156 yards with a redzone interception.

Sanchez will likely be starting the next two games against the Buccaneers and Lions, two struggling teams. The expectations for those next two wins are nothing but wins to keep playoff hopes alive. Sanchez should perform well based off of his play last year and the few drives from last game.

Last game, Pro Football Focus gave Sanchez a grade of +1.1, the Eagles' second highest offensive rating behinds Zach Ertz's +5.0. Oddly enough, Bradford received a -2.6 rating before leaving the game injured. Sanchez lead the team to a much needed drive with around four minutes left before throwing a redzone interception that most likely costed them the game. Although it was not a perfect throw, Miles Austin did not make an effort to catch it, or even prevent Reshad Jones from intercepting it. Sanchez looked impressive, and will look to continue his play next week.

Last year, Sanchez took over after Nick Foles broke his collarbone. Sanchez played nine games and ended the year with 198/ 309 for 2,418 yards, 14 touchdowns and 11 interceptions. This year, Bradford played eight games and ended (so far) with 214/335 for 2,297 yards, 11 touchdowns and 10 interceptions. Their numbers are virtually the same, with good yardage and many turnovers.

Bradford and Sanchez perform very similarly, so the Eagles should be just fine. Keep in mind the next two opponents have a combined six wins so far this year, so Sanchez won't have too much pressure. He should keep up his good play, while potentially winning the starting job for this year and years to come with only one year left on Bradford's contract.