Vegas Odds: See Which Games The Eagles Are Predicted To Win And Lose In 2016 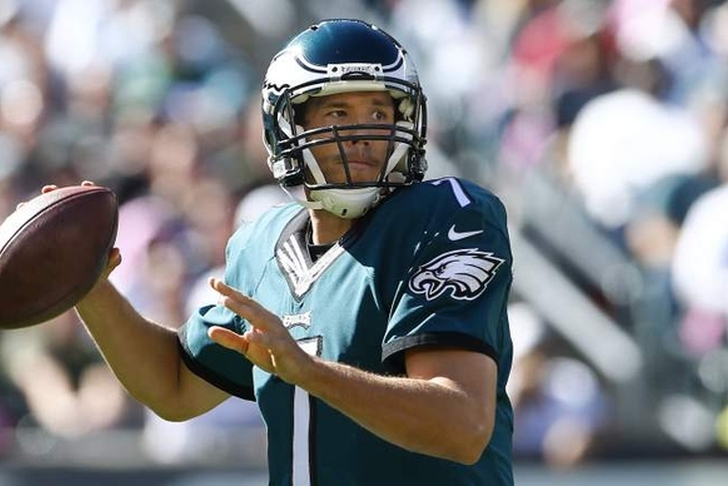 The Vegas odds for the first 16 weeks of the NFL season are out, and it's time to take a look at how Vegas thinks the Philadelphia Eagles will do in the 2016 season. The Eagles failed to make the playoffs last season, and Vegas is expecting more of the same this year.

The odds for Week 17 are not out yet, so that week isn't counted. With that in mind, here are the games the Eagles are predicted to win and lose according to Vegas in 2016.

Week 3: vs. Pittsburgh Steelers
Lose by 3

Week 5: at Detroit Lions
Lose by 1

Week 6: at Washington Redskins
Lose by 3

Week 11: at Seattle Seahawks
Lose by 9

Week 13: at Cincinnati Bengals
Lose by 5

Week 14: vs. Washington Redskins
Win by 2

Week 15: at Baltimore Ravens
Win by 3

After a season-opening win, Vegas projects the Eagles to struggle. Vegas has the Eagles winning their last three games before Week 17, but still are projected for just a 5-11 record. That won't be anywhere near enough to make the playoffs. Even worse, the Eagles' first round pick belongs to the Browns thanks to the Carson Wentz trade.