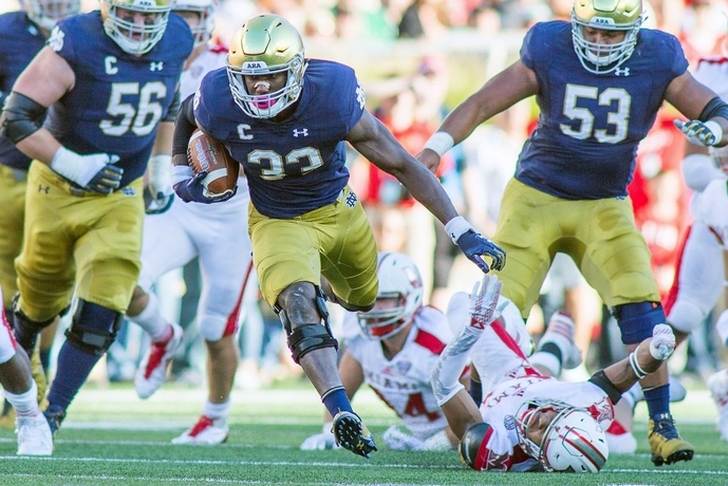 The 2018 NFL Draft is complete and the Philadelphia Eagles have already landed a few coveted undrafted free agents. NFL teams start trying to sign these UDFAs the second the draft ends, and sometimes even sooner, although all of the moves typically won't officially be announced for a few days.

We have every player the Eagles have signed below. We've also included a brief write-up about the more notable additions.

It's a relatively large group for the Eagles, although they might not be done yet.

Perhaps the most notable player on the list is Notre Dame running back Josh Adams, who had a very productive career for the Irish and is a powerful runner. Many experts expected him to be drafted.

Philadelphia is also looking for some depth in their secondary, signing five defensive backs in this group. The two quarterbacks they signed - Sam Houston State's Jeremiah Briscoe and Troy's Brandon Silvers - are likely camp arms who may be able to be the third QB on opening day if Carson Wentz isn't ready to go.