Will the Eagles trade for Jalen Ramsey? 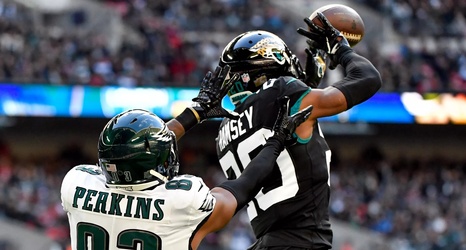 Some big news out of Jacksonville this evening: Jaguars star cornerback Jalen Ramsey has requested a trade, according to both ESPN and NFL Network.

CB Jalen Ramsey’s agent asked for a trade after yesterday’s loss at Houston, league sources tell @mortreport and me

The Jaguars have spoken with interested teams, but there is no current plan to trade Ramsey.— Adam Schefter (@AdamSchefter) September 16, 2019

The Jaguars are asking teams for at least one first-round pick in return for Pro Bowl CB Jalen Ramsey, but want more than that in return, per sources.