Will Malcolm Jenkins stay in slot vs. Cowboys? Maybe not 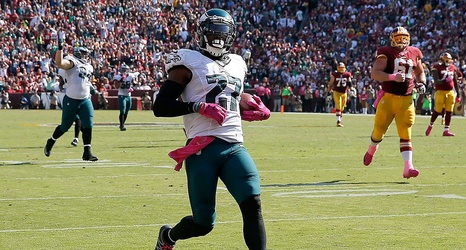 Malcolm Jenkins has pined to play in the slot since the preseason, and with good reason - he made his first Pro Bowl last season while taking the majority of the snaps in the slot.

After Ron Brooks ruptured his left quadriceps tendon last week, the Eagles were left looking for a replacement in their nickel and dime defenses. Jenkins filled in after Brooks exited the game against the Vikings, and coach Doug Pederson indicated Jenkins would fill that role going forward, with Jaylen Watkins moving to safety in the nickel formation.

However, the Eagles' plans might be more complicated this week than simply moving Jenkins to the slot because of the personnel challenges the Dallas Cowboys present with tight end Jason Witten and slot receiver Cole Beasley.