What new Coaches mean for Wentz and Eagles offense in 2020 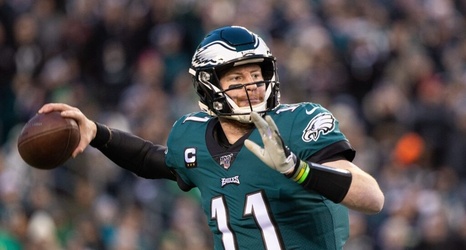 Last night the Eagles unveiled their new coaching staff. Gone are the frustrations of Carson Walch and Mike Groh. Enter Rich Scangarello and Andrew Breiner. Doug Pederson was told to fire his Offensive Coordinator and Wide Receiver coach and hire people outside the organization with new ideas. In the end, Pederson decided to forgo actually naming an OC and moved to just naming specific offensive coaches: one of which is actually a defensive coach. Here’s a list of new offensive coaching positions:

Scangarello and Breiner come from outside the Philadelphia organization and bring fresh new ideas to an offense that desperately needs it.