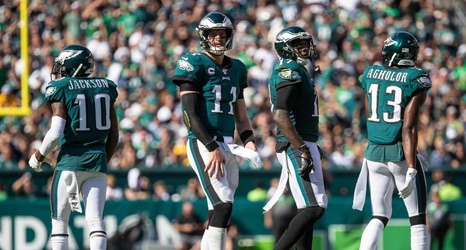 Sunday Night Football played host to one of the most punishing games of Football in recent memory. The Eagles had a total of nine players who either missed time, were completely sidelined or have a lingering concern heading into week 3. Here’s the latest on all players who appeared to pick up an injury on Sunday.

Alshon Jeffery didn’t play a single snap on Sunday night, leaving Carson Wentz without his #1 receiver who was previously guaranteed a salary next season. Jeffery played a key role in week one and looked set to build on his 2-touchdown performance against the Falcons.