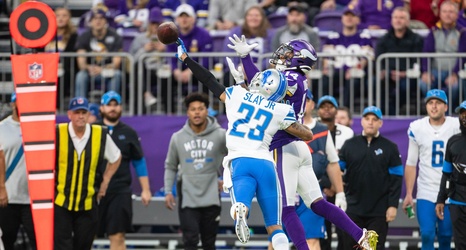 ESPN's Adam Schefter dropped the first big news bomb of the offseason on Monday, and it was regarding the Detroit Lions' reported search for a potential trade involving cornerback Darius Slay. Detroit is supposedly seeking a Day 2 draft pick for Slay, and any team involved would have to give him a new contract.

Lions have spoken with multiple teams about a potential trade for Pro Bowl CB Darius Slay, per sources. Any team that trades for Slay would have to compensate Detroit and Slay with a new deal. Other teams believe Slay will be traded this off-season, but Lions adamant on value.