This Eagles offseason has no juice 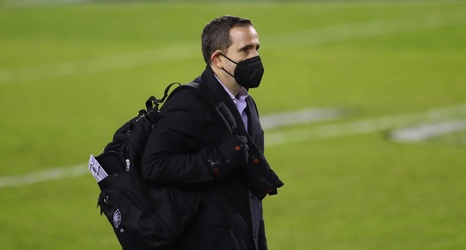 Last week, Eagles quarterback Jalen Hurts changed his uniform number from No. 2 to No. 1.

Brandon Lee Gowton and Ben Solak did an outstanding podcast on that jersey switch as well as a breakdown of every other Eagles jersey number change on a recent special edition of BGN Radio. It was a fun bit of audio entertainment by BLG and Ben and is certainly more than worth your time.

Unfortunately, since the firing of Doug Pederson, the trade of Carson Wentz and the hiring of Nick Sirianni, it’s also been about the biggest news from the organization since free agency began last month, and the next few months don’t appear to hold anything more exciting for us, either.