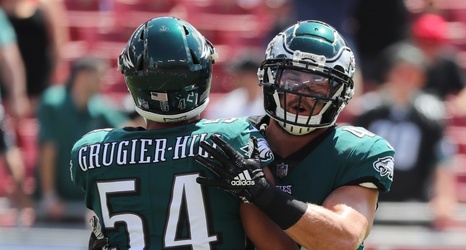 I want to cast your mind back to 2016. The Philadelphia Eagles were facing the Detroit Lions in a game where Matt Stafford and his offense jumped out to a 14 point lead and starting linebacker Nigel Bradham was nowhere to seen.

Bradham was inserted into the game during the second half and stayed there for the duration. The Defense transformed from a cause for concern to complete dominance in just minutes. In the first half, the Eagles allowed 199 yards and 17 first downs. In the second, they allowed just 45 yards and 4 first downs. What changed?