Ron Brooks is back where the Eagles need him | Marcus Hayes 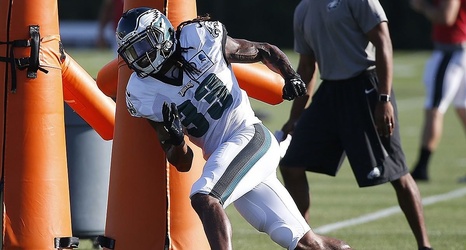 When Ron Brooks collapsed, so did the Eagles.

Ron Brooks, the nickel corner? The 12th man on the defensive depth chart? The free-agent afterthought who had started just three games in his first four seasons?

That might sound overblown, considering the other issues that sabotaged the Eagles’ 2016 season. Lane Johnson, the $56 million right tackle, was suspended for 10 games. Fletcher Cox, the $102 million defensive tackle, stagnated. Vinny Curry and Connor Barwin, whose contracts totaled more than $72 million, combined for just 7½ sacks. So, yes, there were other factors.