Report: Eagles RB Corey Clement could be out for up to two weeks 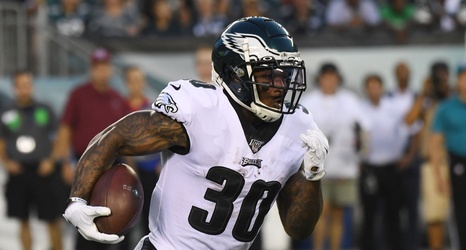 One of the most significant plays of last night’s 24-20 loss to the Falcons was the very first play of the second half. Corey Clement fielded a kick return, only to fumble the ball and grant the Falcons a very short field. All momentum came to a sudden halt…or so we thought.

During the play, Clement injured his shoulder. He limped off the field and was spotted after the game with his arm in a sling. While details on all Eagles injuries seem scarce as of right now, Ian Rapoport has provided a positive update.

The injury doesn’t appear to be a significant one, which is a huge sigh of relief.