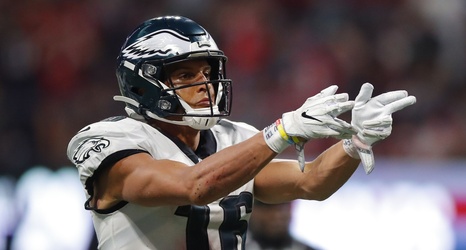 When looking at the wide receiver situation surrounding the Philadelphia Eagles throughout the 2019 season, one would think that Mack Hollins would have been able to take advantage of the additional playing time.

From DeSean Jackson dealing with an unfortunate injury since Week 2 to both Alshon Jeffery and Nelson Agholor dealing with injuries at times, the opportunities have certainly been there for Hollins to step up during his third NFL season.

So with the news breaking on Tuesday that Philadelphia decided to waive Hollins to make way for Sua Opeta on the roster, this can best be described as a move that seems long overdue for the Eagles since other than special teams, the wideout wasn’t really bringing much to the table.