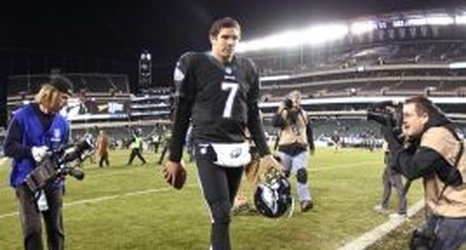 It’s amazing what winning does for an NFL franchise. All of a sudden, following a Philadelphia Eagles opening weekend win, people are ready and willing to accept the possibility of this team coming out on the top side of more games than they were originally forecasted to win. Believe it or not, Howie Roseman, the team’s vice president and general manager, has a lot to do with that.

You noticed that you haven’t heard the criticism of him recently, have you? Let’s not act like some of the criticism wasn’t warranted, but this team has some players now.