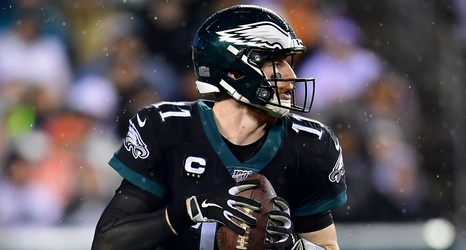 Well, we’ve all known Philadelphia Eagles quarterback Carson Wentz is a lover of the outdoors, and he’s a family man. Those two worlds intersected in a major way on Tuesday. More on that in a second. First, let’s all give some kudos to Sidney Jones.

Now, in his third season, ’22’ made an appearance in Philly’s most recent victory, a 23-17 overtime win over the rival New York Giants. Jones had to come in for an injured Rasul Douglas (who was in for Jalen Mills) with 1:35 remaining in the game.