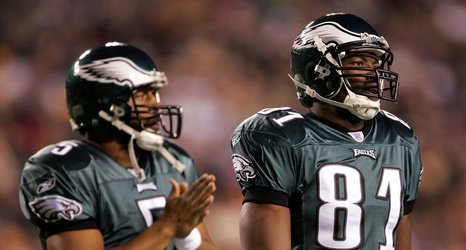 Hold on! These guys are still angry? You wouldn’t believe it unless you were hanging around on YouTube and social media on January 22nd, but that Donovan McNabb and Terrell Owens rivalry is still a thing. It’s been about a decade and a half since that whirlwind we called the McNabb and T.O. partnership literally ripped the Philadelphia Eagles in half.

It’s 2020, and these two just won’t let it go. Are you ready for a little drama on your Thursday morning?

Recently, McNabb appeared on Bleacher Report’s Untold Stories, and in his estimation, T.