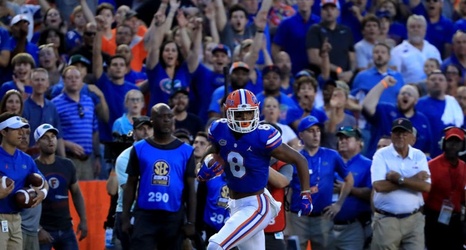 In 38 career games over the course of four collegiate seasons, Trevon Grimes saw the field for two of the most storied programs at the NCAA level. As a freshman, in 2017, the six-foot-four, 218-pound wide receiver appeared in two games, hauling in three receptions for 20 yards in the Big Ten for the Ohio State Buckeyes. In 2018, he transferred, and that’s where a lot of Philadelphia Eagles fans took notice.

Playing in football’s best conference, the SEC, Grimes racked up 97 receptions for 1,444 yards and 14 touchdowns as a member of the Florida Gators, and here’s what’s special about that.