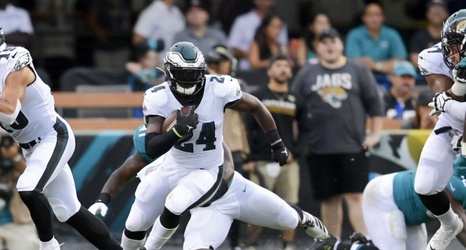 It was a committee system, the likes of which Philadelphia Eagles fans haven’t seen as often. Perhaps we were spoiled by having Duce Staley, Correll Buckhalter, and Brian Westbrook at the same time. Having LeGarrette Blount, Corey Clement (when he was healthy), and Jay Ajayi wasn’t a bad time either.

Still, it was that one-two punch that featured Miles Sanders, then a rookie, and Jordan Howard that really seemed as though it could be something special. If you’ll remember, in those days, Howard was the starter and Boobie was the change of pace, but it was a 2019 week-nine injury versus his former team, the Chicago Bears, that kept sending Doug Pederson to the podium with his familiar rundown of the week’s injuries.