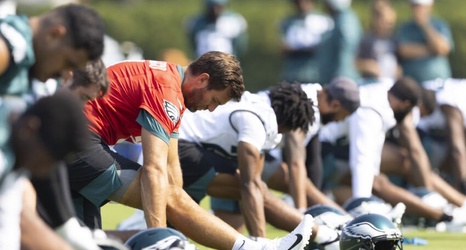 The Philadelphia Eagles finalized their 53-man roster on Tuesday and has started putting together their 16-man practice squad for the 2021 season.

With new league rules in place, NFL teams’ practice squads are bigger and more pivotal than ever. One such rule allows for game day promotions for up to two players each week, which means the name of every team’s game is depth.

Philly’s practice squad moves began this afternoon as the team looks to sign or re-sign recently cut players who weren’t claimed by waivers.